You can all read titles, so you know what this article will be about. This intro then is just my attempt to build rapport by explaining why I’m writing about this. You have three guesses, and if the answer isn’t ‘I found out I didn’t win two more writing competitions, and I’m not letting myself feel bad about that’ then they don’t count. For real though, that’s the inspiration for this week’s gem of advice from someone who probably knows barely more on the topic of ‘building a successful writing career’ then you do, or possibly less. But hey! This is the internet! New perspectives are occasionally as useful as facts, right? Let’s go with that.

If you’ve forgotten what this article is about (as the paragraph above would suggest I not-so-briefly did), I’ll remind you. This is my attempt to answer the question: What should I do with a losing story or piece of work?

As always, the answer is more complicated than it might seem, or this would be a very short article and I’d have to post pictures of my cat instead.

The answer depends on why your story lost. Did it even lose? Maybe it just didn’t win. 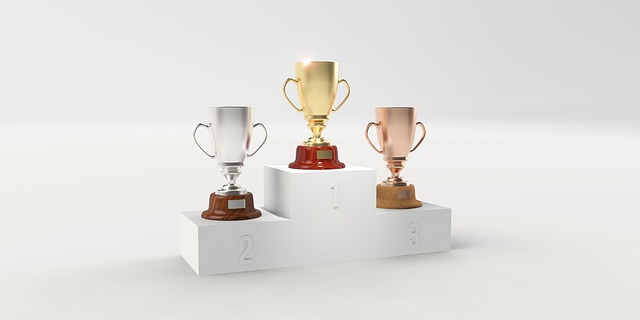 Here, have a participation trophy

But in all seriousness, thinking that the story (or you) are a loser because you didn’t win this time is a recipe for disheartenment and a lot of unproductive bad-feels¹.

A lot of writing competitions get—at the very least—hundreds of entries. Hundreds of other people poured hours of work and emotion and craft into trying to win. It’s pure arrogance to assume that you deserve to win just because you did the same thing².

But in all likelihood, for whatever reason, they just didn’t like your story. Unless they told you why, you can’t know for sure what was ‘wrong’. Write the best thing you can, make sure you’re happy with it, and trust that you’ll find someone else who agrees.

Your job is to keep writing and submitting your writing until you strike gold, and you write something really good; that the judge or editor or public thinks is really good; and you find whatever genre, method of publishing, or audience your writing works with. Then you keep doing it as long as possible.

That’s the dream, isn’t it? Writing until you’re a writer.

But that will never happen if you get your feelings hurt and stop submitting or (gasp) stop writing.

It will never happen if you refuse to ever learn from your mistakes or take criticism (even if that criticism only comes in the form of a lack of feedback).

It will never happen if you decide you’ll only work on things you’re frothing-at-the-mouth passionate about, keeping your stories in a hidden folder on your laptop and only working on them on full moons that occur on a Friday, when you receive inspiration from a small frog you once rescued from a bird, that subsequently granted you its aid in creative endeavours.

And that’s what this article boils down to, the same advice5 you find in every book about writing, in every pithy quote or infographic, in every rambling article on the internet (Self burn):

Tl;dr: If you want to be a writer:

Step one—Decide you want to be a writer.

Step two—Write something. Make it as good as you can.

Step three—Throw it into the world.

And the all-important step four—Don’t get upset if the world sometimes throws it back.

Just keep doing those steps and eventually, you’ll either be a successful writer or you’ll be dead. The only other outcomes require you to give up. So don’t do that, and if you fail, it will be the last thing you’ll do, and you won’t have to face it—you’ll be dead.

¹A professional psychological term, trust me, I have a blog

²Not that arrogance is a bad thing. I think more creative people could do with a thick layer of ‘Damn, I’m good’, rather than the typical ‘Damn, I’ll never be that good’, or just ‘Damn’